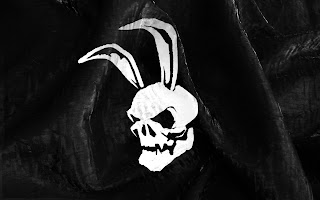 Guristas are an NPC Faction in the MMORPG: EvE Online

More specifically, they are a pirate cartel formed by two former members of the Caldari Navy. The pair go by the names Fatal and the Rabbit, and are a constant thorn in the side of the Caldari State. The Guristas are traditional pirates in the sense that their operation is not based around some creed or ideology, but rather a plain and simple greed.
Oh, and they have a cool logo too.
Posted by Laconic Lagomorph at 9:34 pm No comments: 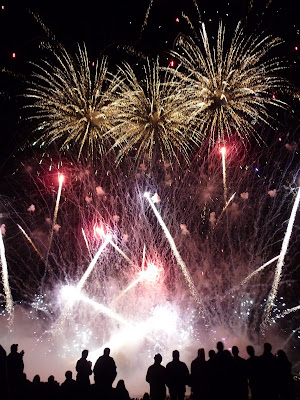 With true British determination, we joined forces with hundreds of other picnickers at Stanford Hall before settling back to enjoy the fireworks competition. Once again, Pyromania put on the best display but the image above is from the finale, by organisers, MLE.
The weather cleared not long after we arrived and aside from a nasty accident involving a girl and a cattle grid, a fun time was had by all.
Posted by MyWarren at 10:00 pm No comments: