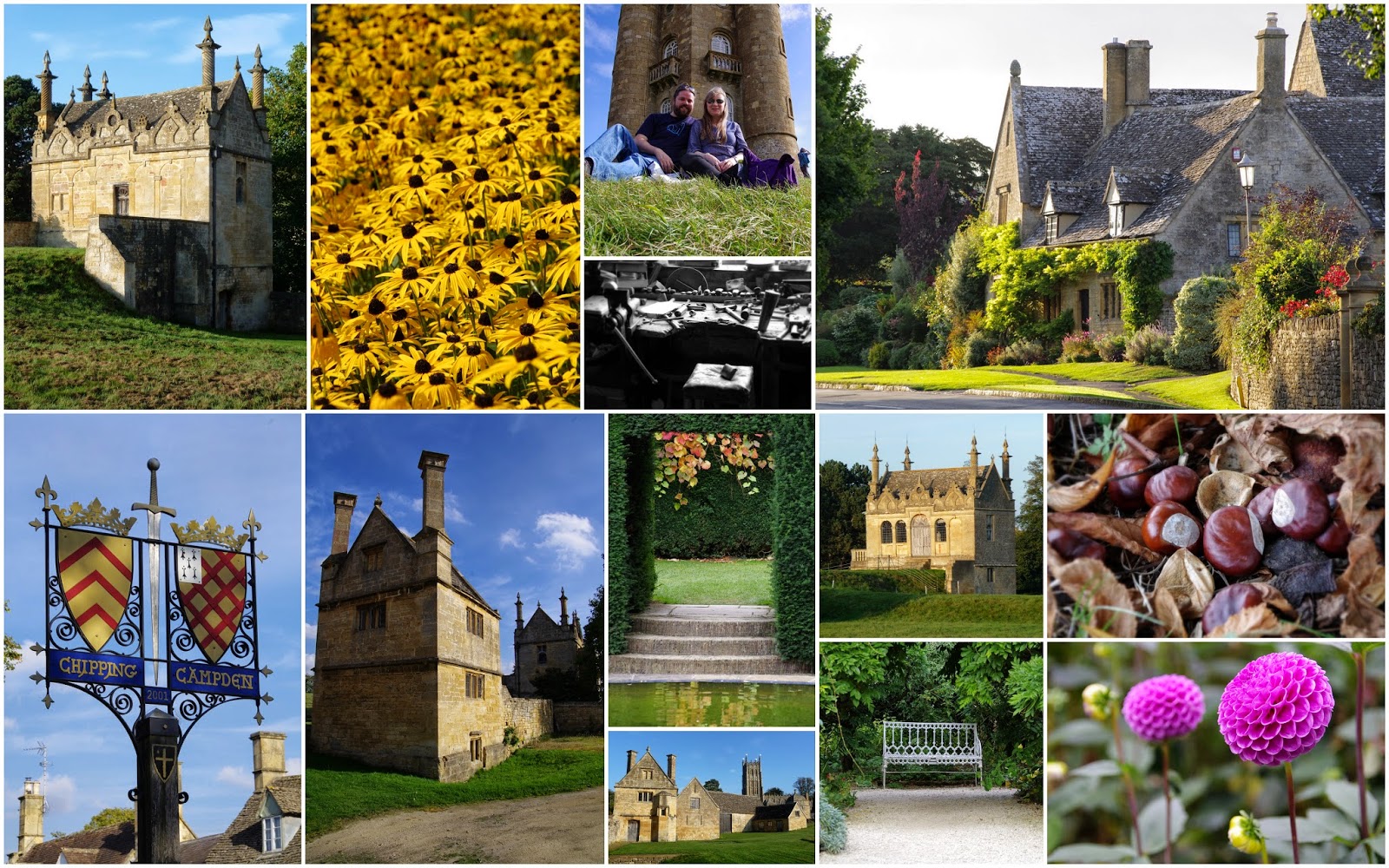 In spite of our efforts to co-ordinate a stay at Landmark in Derbyshire with a visit to Siân's siblings, we learned on the day of our holiday that a fly infestation made Swarkestone Pavilion uninhabitable.
After some hurried decision making we chose to stay in the West Banqueting house, Chipping Campden instead. The Cotswolds are particularly lovely in late Summer/Autumn so we hoped to make the most of some reasonable weather.
The property is larger that we are used to and actually sleeps 2+2 in separate buildings: The Almonry is just a few yards from the West Banqueting House which itself is only a stone's throw from the East Banqueting House in the grounds of Old Campden House which was destroyed by fire in 1645.
During our stay we visited Batsford Arboretum, Hidcote House and Garden (NT), Snowshill Manor (NT), Hailes Abbey (EH), Broadway tower and explored the village which has a history with the Arts and Craft movement.
Posted by Laconic Lagomorph at 12:34 pm No comments: